About the book:
A brave midwife. A wounded pilot. A risky secret.
In the midst of World War II, Ireland has declared herself neutral. Troops found on Irish soil must be reported and interned, no matter which side they are fighting for. When midwife Nan O’Neil finds a wounded young Canadian pilot at her door, she knows she’s taking a huge risk by letting him in. Not only is she a widow living alone, but if caught harboring a combatant, she’ll face imprisonment.
Still, something compels Nan to take in “flyboy” Dutch Whitney, an RAF pilot whose bomber has just crashed over County Clare. While she tends to his wounds and gives him a secret place of refuge, the two begin to form a mutual affection-and an unbreakable bond.
But Nan has another secret, one that has racked her with guilt since her husband’s death and made her question ever loving again. As Nan and Dutch plan his escape, can he help restore her faith?
Learn more and purchase a copy. 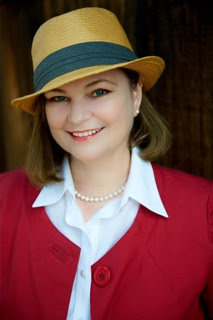 About the author:
Jeanne M. Dickson was born into an Irish American family, the only girl surrounded by four brothers. She credits her mother, her aunts, and her grandmother with her love of storytelling. Perfecting her craft, she attends many writer’s conferences and over the years, she has won and finaled in numerous RWA romance writing awards including the Daphne du Maurier Award, the Maggie Award, The Molly, The Tara, and she was the overall contest winner of Launching A Star. Today she lives in Coastal San Diego with her fabulous husband, her two wonderful girls, and a dozen disobedient rose bushes.
Find out more about Jeanne M. at http://www.jeannemdickson.com.

Why I Choose This Book:

A WW2 book that takes place in Ireland? I’d never seen one before, and so I leapt at the chance to read it. Ireland is on the top of the list of places I want to visit, and the cover was gorgeous, so, I dove into the book with quite the high expectations.

What I Thought about This Book:

This book held so, so much promise. It had a perfect story to tell, and the characters intrigued me and drew me in right away. The setting was amazing. The world building was fantastic. The reactions realistic. The plot didn’t glue me to the page, but it did hold me there with high expectations of what was going to come next.

But. But the romance. UGH. Seriously, it was bad. There wasn’t anything truly horrible (I mean, not that I read anyway, but I did have to skim/skip several pages), but it was inappropriate. It made me so sad because four-star books are rare for me, but this book could have easily been four stars if it weren’t for the romantic element. The romance though? Yeah, I’m not even sure what I’m going to do with the book (as in, I’ll probably be tossing it). There were far too many little comments that I was uncomfortable with. And, the worse part is that the book could have been just as interesting and the plot just as exciting if the romance would have been waaaayyy toned down.

Sadly I won’t be recommending this book because of the romantic element. The rest of the book was really interesting though.