It was a slow day at work. The shop was clean, the shelves were stocked, and the customers were all happy and cared for. I found a blank piece of paper and spare pen and positioned them next to the cash register.

For the next few hours whenever there was extra time I jotted down a few questions, then the answers. My character’s name was written in bold at the top of the page, and just below that in smaller script were the words character sketch.

As the afternoon passed with a small trickle of people coming in for a warm drink, I delved into one of my supporting character’s lives and discovered things about here that made a lot of sense.

While developing a character there are various ways to sketch them out, the formula I worked with included writing the character’s Dark Moment, followed by a Wound Received from Dark Moment, Lie Character Believes, How The Lie and Dark Moment Affect characters life. It’s a way to dig into the childhood of the character and discover why they’re the way they are.

My character had a good childhood. Her’s was happier than most as she grew up in a loving family where she was protected, supported, and cared for. And yet there were still things – both positive and negative – that happened in her childhood that made a significant impact with how she viewed her life as an adult.

And the same is true for each and every one of us. Even those of us who had the best childhoods and can easily come up with seemingly never-ending good memories also have pain. Who we are today is shaped in a large part from where we came from.

Yet that doesn’t have to be a negative thing. Pain, hurt, and troubles that we’ve endured can be redeemed and turned into something beautiful.

Currently
Setting: Chapman’s Coffee House (yes, again)
Listening to: Captial Kings
Random Fact: In Peru it’s so cold people wear wool blankets around their waist to help keep them warm. I got one when I was in Peru years ago and do the same (see above picture)
Question of the Day: Is it snowy where you live?

Every so often I think of how I still need to tell y’all about my job at the coffee shop someday. The problem is I’d like to have pictures to accompany the post, but since I put my phone away at work, I don’t take pictures, and it’s not something I think about after signing out of work.

To those of you who don’t know, I began working at Chapman’s Coffee House (click the link to see some pictures) at the end of August. It’s about a forty-five-minute drive from home, which means a lot of time to listen to audiobooks. In the beginning, I really didn’t like the commute, but now I’m used to it and find it to be a good part of my routine. 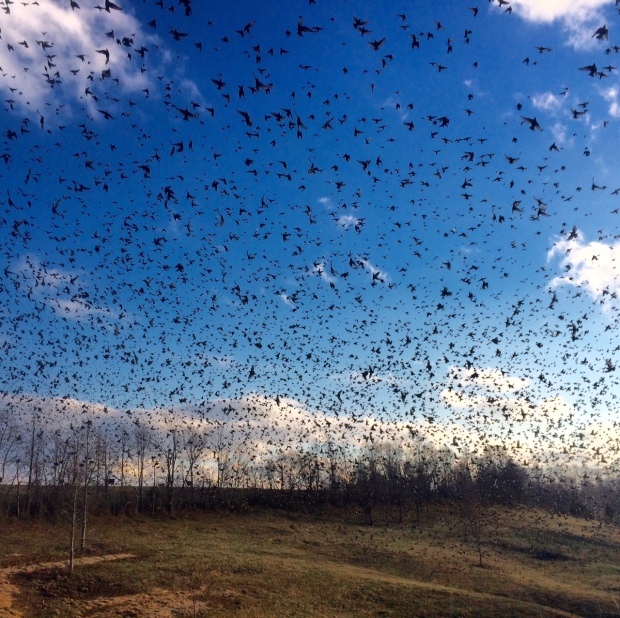 Although it’s a coffee place, we also serve salads, wraps, paninis, baked goods, and a few other things like oatmeal and a breakfast bowl. When I’m there I generally take charge of making food because that’s my strength zone. I also take orders, do dishes, and of course clean.

The more I work there the more I enjoy it. Being in routine makes me happy and getting to know the regulars and their orders is so much fun. I also feel incredibly blessed to have a really easy-going boss who doesn’t freak out even when I charge someone the wrong amount (making my boss lose money). He’s also really patient with me when I’m trying to remember how to put all the orders in. Although I’ve always enjoyed drinking coffee, before I worked at Champman’s I rarely went to a coffee shop, therefore all the names were foreign to me. So, when someone orders a large redeye, I still have a panicky moment when I try and remember if that means a large coffee with one extra espresso shot or two extra ones.

For the last couple of months, I’ve asked a lot of questions and really tried to learn what the different coffees are and what they mean. (Although, shhh, I still don’t generally make coffees for customers.) The other day I was explaining to someone outside of work what different coffee terms – such as lattes, Americanos, and expressos – meant, and I was happily surprised because six months ago I didn’t understand any of it.

Since Chapman’s is in a college town, most of the employees are college students and therefore work in the afternoon. That means I work mostly in the morning (anytime between 7:20 am and 4:00 pm), and except for an hour or two of overlap, I mostly work with my boss (who owns the place), and one other girl. I’m so happy that I get to work with her, because we get to have a lot of interesting conversations during the slow times at the coffee shop, plus she trained me and she’s a really good teacher.

And, I need to scoot so I’m not late to work, but I thought I’d share one quick story with y’all before I go:

On Wednesday one of the regulars came in, and along with the rest of his order, he got two peanut butter cookies – like he always does. My co-worker and I chatted with him as she made his iced Americano, and he said how good the cookies were, so she mentioned that they were simple to make. She named off the ingredients in the cookies, and I was like “Wait, I thought the cookies had this ingredient in them.” And then we just looked at each other in surprise because apparently I’d been making the cookies wrong for the last few months. (I just used the wrong kind of sugar, but since sugar was one of the main ingredients, it was kinda a big deal.)

Thankfully the guy who was eating the cookies said he noticed that they were sometimes different depending on the day he bought them, but he actually liked my version of the cookies better. It was amusing to me because I had noticed that my cookies were more flat than when other people made the cookies, but I thought that’s just because I pressed them down more.

And now I’ve got to run, ya’ll. Hopefully you have a delightful day!