I nearly wrote about Jellybeans today. See, one day a couple years ago our family stopped at a mall that had a delicious chocolate store that was going out of business and so everything was on sale. And when I say sale, I mean it was like a childhood dream come true. There were jellybeans galore, and I, well, might have ended up buying a LOT of them.

I guess it would make sense to talk about making jams. And I tried that once. I ventured deep into the briars, braved the blistering sun, contented with fussy little sisters (this was a while ago, folks), and emerged hours later with a pitiful bucket of blackberries to show for my labors. And I made jam. Jam that took forever and a day to boil down and work on, then only produced a small amount of gooey goodness. I’m pretty sure I was so horrified by the lack of yield that I simply stashed the jars in the back of the pantry, determined to hide them until I found an occasion suitable to celebrate by eating them. (And, shhhh, we won’t mention if the jars are still back there or not.)

But no. This is actually a different type of jamming. This type of jamming consisted of me lighting the world up with music while working in the kitchen with my little siblings.

I’ve enjoyed dancing around the kitchen with music playing in the background all my life. There’s something about familiar songs filling the house that makes the work seem faster and easier. Back when I was a kid though, it wasn’t always the most peaceful of occasions. See, I had this habit of liking a little bit more excitement than just one measly song playing at a time. So, I would commision my two little sisters to search the house for everyone’s CD players (this was back when those were still the norm), and then we’d line them up on the counter, put a different CD in each one, and let them play at full blast.

Looking back I’m sure this was extremely healthy for our ears (NOT), and there’s just a slight chance that it contributed to the interruptions in our house, ya know, since we were kinda training ourselves to be able to block things out.

Thankfully I don’t enjoy chaos as much as I once did. Although my kitchen time still flies by faster if I’m listening to music or an audiobook that generally happens with earbuds playing softly for me personally. 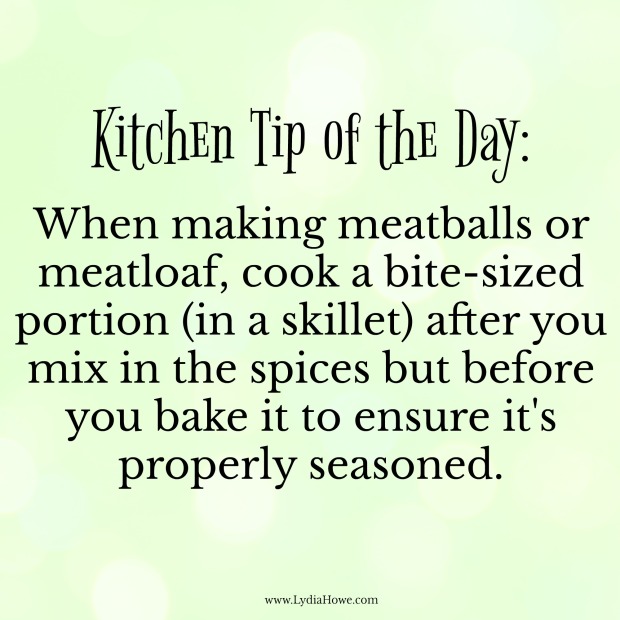 What I Listened to While Blogging:
Speaking of nice and calm… This
Where I Blogged:
My office
Fun Fact:
The tradition of pairing lemon and fish started in the Middle Ages when a lemon slice was served with fish because it was thought the juice would dissolve any bones that were accidentally swallowed
Question of the Day:
Do you perfer working with music or silence?