This last week was filled to poking at the seams – there was so much going on. It was tiring. And lovely.

One of my friends got married on Saturday, and her wedding was gorgeous. I grew up with her, which meant the wedding was full of people who I’ve known for nearly forever, some of whom I hadn’t seen for years. It was delightful to connect again, and I rushed around giving hugs, talking, and having to tilting my head up to talk with kids who used to be little bitty things. (Apparently a fair amount of my friend’s little siblings decided to get taller than me?) 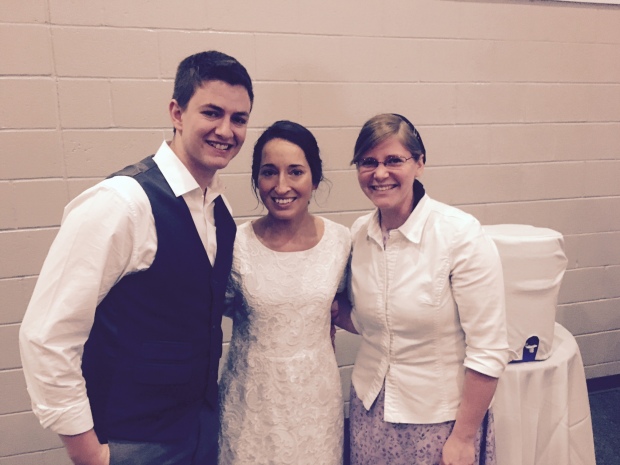 After the wedding I was going to be babysitting, but a change of plans resulted in me getting to help serve at a couples’ banquet at our church instead, which made me exceedingly happy.

We had just a smidgen of time between the wedding reception and the banquet at church, so a group of us asked one of our friends if he would open the coffee shop where he worked so we could hang out for a pot of coffee. It was delicious and delightful and the fellowship was fantastic.

The couples’ banquet was so. much. fun.  At one point I got really tired so I went outside and just walked and ran back and forth for a while. I probably looked like a crazy author, but there weren’t any witnesses that I know of.

After the banquet I hung out with friends who had been in town for the wedding. I went to bed late, got up early, and headed to church again. It was incredibly wonderful to be back at church after having been gone for three-ish weeks. 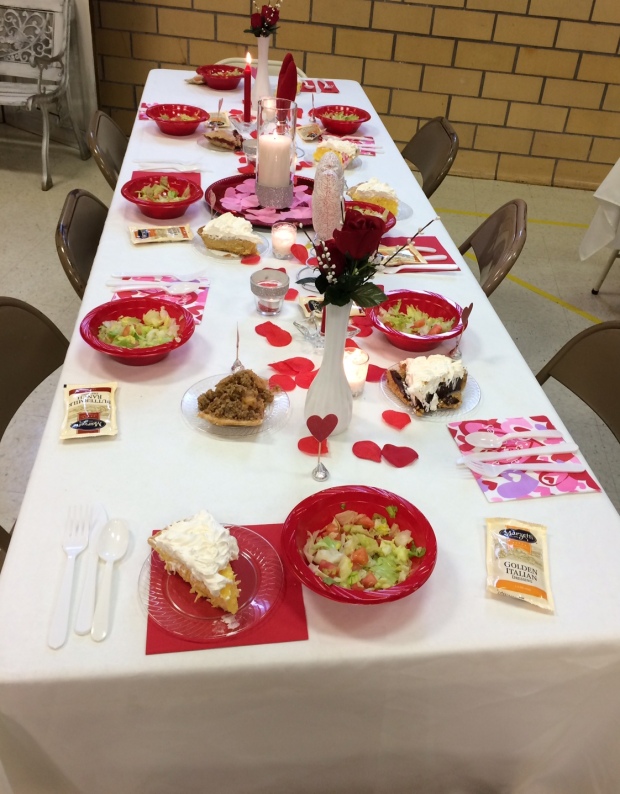 I went to our early service at church, then hung out with my church family (we have a coffee/snacks/fellowship time at 9:00), then was thrilled for Sunday School time. I help out with the second-fourth graders, and it’s pretty much one of my most favorite things ever. (Seriously! Those kids… I’m so thankful for them!)

In Sunday School we were talking about Esther, and I was amazed, once again, by the account of her life. If you haven’t read about her recently, you really should. The king choose Esther because of her outward beauty, but God chose Esther because of her inward beauty, which is so cool. God not only had a special job for Esther, but He equipped her with what she needed (the outward beauty, among other things) in order to accomplish what He had in store for her. It reminded me once again how God really does have a plan for my life, and I can totally rest in Him.

After Sunday School I helped the kids in Junior Church make Valentines for the Seniors in our church, then helped with serving the Seniors lunch. By that the I was pretty tired, so I headed home and took a long nap before hanging out with people until way late last night.

And now, it’s a beautiful Monday morning and I’m trying to get caught up on a bit of life. I hope y’all had a fantastic weekend, too! (And, I’d be delighted to hear about it if you want to share….)