March 6, 2013September 10, 2016
And the winner of the writing contest is…
Morgan Hawksley!!!
She won with a huge lead of 44 out of 57 votes!
The fantastic entry which brought her that many votes was Roll Call.
If you haven’t gotten the chance, you should read her moving account of a Jewish girl here.
And while you’re at it, why don’t you head on over to her blog:
The Ragamuffin Daughter
Of course following the blog would be great, but if not that, at least congratulate her!
Anyway. Here’s what I have to say to Morgan,
Great job, Morgan! Your story was amazing and I’m very pleased that you entered it into the contest and won. Hopefully, when I have another contest, you’ll send in another great story, because hey, I enjoyed reading it!
Now, as far as your prize goes, Morgan: If you just want to email me at aidylewoh(at)gmail(dot)com, then I can send you this lovely book by Andy Andrews: 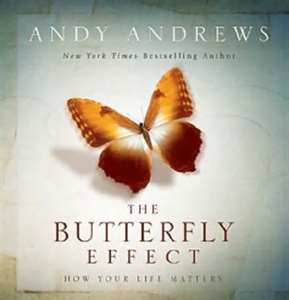 And here’s what I have to say to Sierra and Kyleigh, nice job with your stories! It was fun having you take part in the contest. Maybe you’ll place in the top three again, next time. 😉

Some other great news: Today is my blog anniversary! Yea!!!
Yes, that means that I’ve been blogging for a year now.
My first post was posted up on a very ill-designed blog which I was not very happy with.
Thankfully, it’s improved since then.
Since then, I’ve had a grand total of 218 posts (including this one), 1,079 comments (probably a third of which were mine, responding to comments I received), and 180 followers!

My least amount of pageviews for a month was last March when I got 409 pageviews…
I’ve already gotten more than twice that many in the past five days. 😉
I finally feel like my blog is beginning to take off.
Thank you so, so much to my loyal readers, comment-ers and followers!

Blogging has been way more work, way more fun, and way more crazy that I had ever thought it would be. I wasn’t really prepared when I started this blog and I know it’s still lacking at times… But I know I’ve gotten better and I’m thankful for all of y’all who have stayed with me through those improvements. {If any of you have tips for/about blogging, feel free to share them with me!}