Hey y’all! So, right now I’m away from home for a few weeks, and all the Internet that I have is my phone, so therefore this won’t be a very long post. So, with that disclaimer, why don’t I get on with the rest of my blog post. 🙂

This past week I did something I’ve wanted to do for a while. I had put this ‘thing’ it on my dream list. And a lot of things on the list aren’t able to be accomplished quickly.
I mean, I’m not able to say, “Humm, why don’t I write on something everyday for six months” and then check it off the next week.
But this, this *thing* did only take a week… So I did it.

I’m sure when I tell you what it is, you’ll be like ‘That’s not such a big thing’, but to me, it is.
So, here’s what I did. I ate only fruits and veggies and nuts for a whole week. Mostly veggies. And mostly raw. Oh yes, plus seasonings, but most of those were herbs, no salad dressing or stuff like that.

I actually started out planning on doing it for one day at a time, and telling myself I could stop whenever I wanted, as long as it was at the end of the day. Then several days into it, I was like “Ok, I’ve done this long enough. I’m not quitting now.” And so I finished out my week.

*Note: I found out near the end of the week that I have low-blood sugar problems and this is not a good thing to try if you have problems like that, because protein isn’t plentiful. Also, in not recommending this to anyone. :-)*

Partway through the week I decided to start a count down so I would know exactly when my week ended. That’s just the way I have fun, counting down stuff kinda gives me a thrill for some reason. Yes, I know that’s weird.
Anyway, I was also tracking everything I ate, which was a good way to make sure I was eating enough. (It is crazy-hard to eat enough calories when you’re trying to get them out of raw vegetables!) So that’s what the pictures are of. I’m not sure how to put captions on them from my phone, so hopefully y’all can figure out which ones are which for yourself. 🙂

Anyway… I’m thrilled to have accomplished that, and I’m already working on some of the longer projects on my dream list.

So, do you like eating healthfully? What are some of your favorite foods? 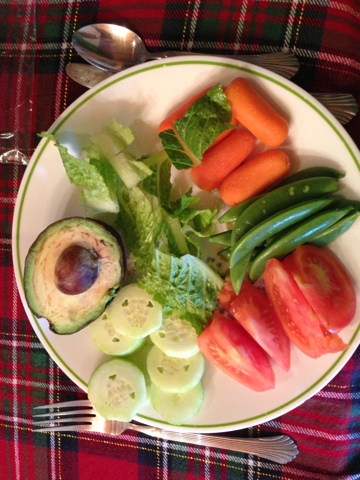 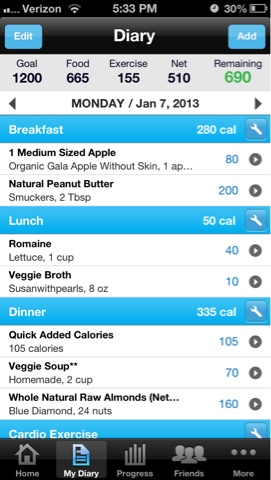 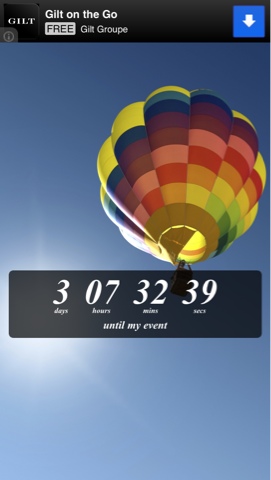 2 thoughts on “First Item Checked Off Of My Dream List”